Member Login
Not A Member?

We invite you to discover all of the benefits of membership. 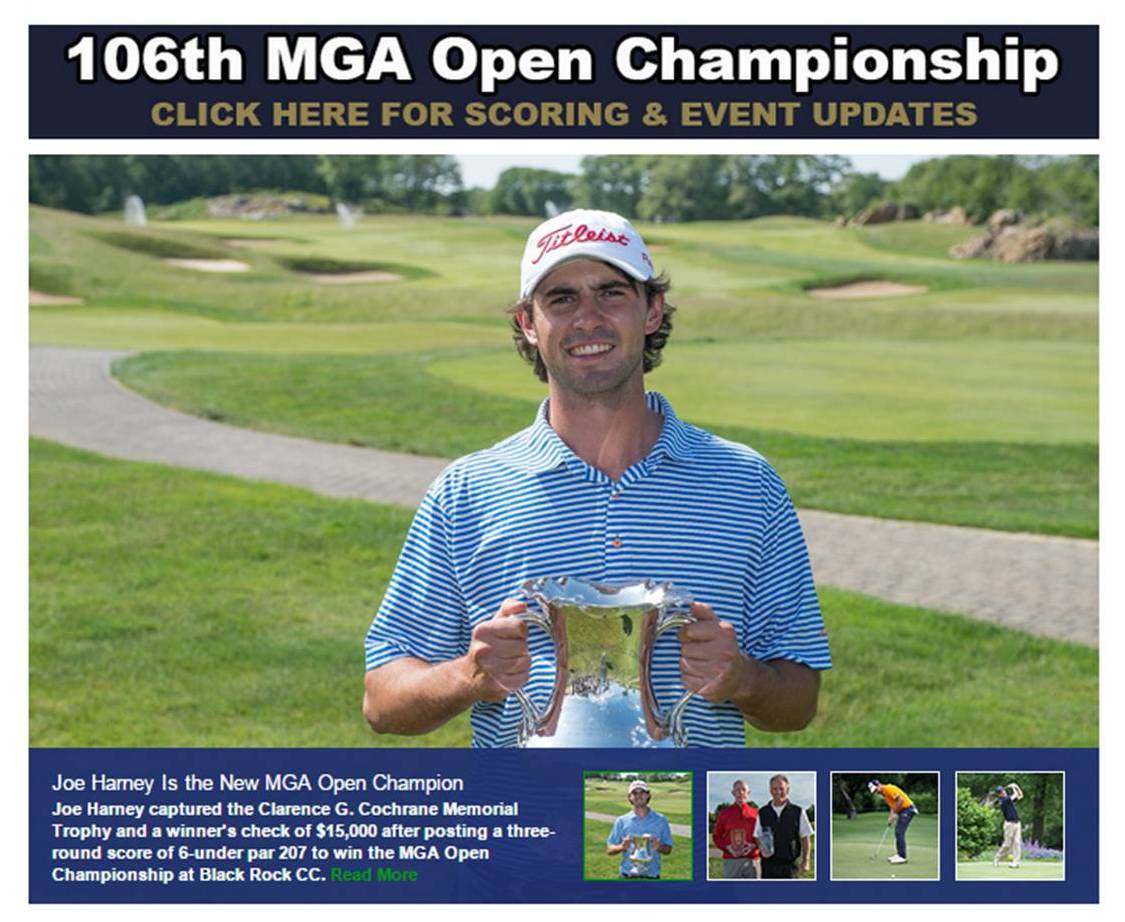 The Massachusetts Open Championship has a storied history and is widely regarded as one of the best and most competitive state Open Championships in the nation. The list of past champions who have had their names engraved on the Clarence Cochrane Trophy reads like a who's who of the history of golf.  And now Joe Harney's name will appear forevermore alongside fellow distinguished Mass Open Champions from the past century including:

The Mass Open Championship annually brings the top local talent to one of the MGA's premiere Member Clubs to compete for one of the largest state open prizes in the country. The event takes place over the course of three days, with a cut made at the end of 36 holes. This event is the only one of its kind on the MGA Championship slate, welcoming both amateur and professional golfers to compete against each other. Inaugurated in 1905 by Donald Ross' victory at Vesper Country Club, the state open has provided some of the most defining moments in Massachusetts golf history.

Click here to view the Massachusetts Open Championship Media Guide, which contains a list of past champions as well as a comprehensive Championship history.